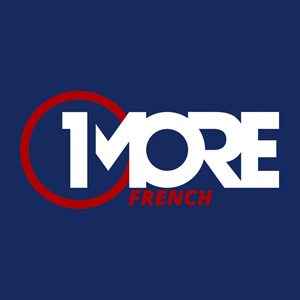 Our second record "Alesia" is now out !

Have a look here :
http://www.houssederacket.com

Pierre and Victor both grew up in the suburb of Chaville, situated between Versailles and Paris. They avoided each other at school, but clicked at the local music conservatory as teenagers. Starting out as in-demand session musicians-for-hire with local bands Air and Phoenix, plus touring band members behind Chilly Gonzales, Alex Gopher and Stardust singer Benjamin Diamond, the boys were simultaneously making their first steps as Housse de Racket. Fast forward to the close of 2008 and the duo’s debut album Forty Love sees the light of day. Hungry to conquer the world, Housse tour the album relentlessly, playing over 200 live shows from Lisbon to Tokyo via Berlin and Beijing.

New album Alesia looks set to establish the band as a force to be reckoned with. Having written a batch of new tunes Pierre and Victor met with Philippe Zdar, the respected Parisian producer and one half of Cassius, to play him some demos. Zdar has just completed the final mixes of Wolfgang Amadeus Phoenix. Possibly a pitfall, joked the band, who don’t want to be lazily lumped in with their pals, “but who better than Phoenix’s producer to keep us away from the sound of Phoenix?” Highly enthusiastic, Zdar follows the album’s creation from start to finish, getting increasingly involved, in between his sessions with The Rapture, stimulating the boys’ curiosity at every opportunity, widening their musical scope, encouraging them to break every rule they have set themselves. As the ideas for the album take shape, Housse’s endless touring away from their native France gives the album an unusual thread: of their homeland seen from afar. Resulting in multiple references to their own culture: Chateau andAlesia (French history), Empire (cinema’s auteur theory), Les Hommes Et Les Femmes (the French outlook on relationships).

As Alesia’s finishing touches are put together in Zdar’s studio in Montmatre, they continued to look out for lucky discoveries and unexpected accidents. Amongst all the complex harmonies, from the futuristic chaos (Human Nature and Chorus) to the timeless pop anthems (Chateau and Roman), Housse de Racket has given new life to a certain psychedelic heritage. And yet they relate far more to today’s era of electro pyro-technicians than yesteryear’s bearded prog-rockers. Trust us, when the archaeologists of the future look back into 2011, Alesia will have established itself as one of the cornerstones of 21st century French pop. In the meantime, Alesia is coming out on Kitsuné in August. A French imprint resolutely aiming at an international audience, globally renowned for its Maison compilations and now having broken Two Door Cinema Club, who better to share Housse de Racket’s challenging vision and limitless ambition?