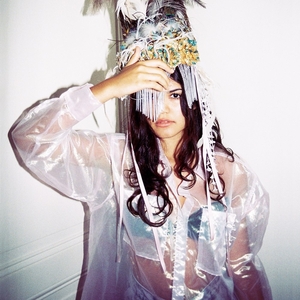 Formed in 2006, Tess is now the leader of the french screamo hardcore scene thanks to a real army of fans. After a first EP entitled " D’un battement d’ailes " (Of a beating of wings) released in April, 2006, it is in April, 2008 that the band delivers its first album, " la dame de Coeur “ (The queen of hearts) recorded by Yann Klimezyk (MyPollux).

The public and the media appreciate the music and the work of the young formation : " the music is great and 100 % fashionable" (Rock One), " Tess applied to present us a quality album, more developed in his rhythmic and more adventurous in his structures" (Rock One), " Tess is a cannonball in all the French’s valentines heart " (Visual Music), " the tracks are solid, hold the road and are provided with a lot of energy. " ( Metalorgie)

From April, 2008 to the end of 2009 the band tour in France but also in Belgium to defend its first album by creating the surprise with a cover of the famous Parisian hip-hop hit " Dans le club " ( In da club ) from the band TTC who fires the pit every time.

In summer, 2009, Tess records his second album, more aggressive than never, definitively more in a post-hardcore mood. This last opus has been released on April 16th, 2010 and once more the press supports the band : " Darker than ever, TESS's hardcore is a beautiful success. You have to discover it immediately. " (RockOne), " It fells so good to hear French words on a so great sound, very surprising from the band. " (Rock One), "TESS makes very strong for his second album by taking out all of the emo touch and the metal which saw them born. " (Rock One), " A big album as few know how to make it in France. " (Rock One)

On tour since June, 2010 to present their new album " Les autres " (The others ), the Band will record in
September, 2010 two new tracks which will accompany their first Discography DVD including more than 32 titles, 46 videos and more than 1300 photos. The release is planned for March, 2011.

There is then a thing about which we can be certain: Tess's ascent is only beginning.